Prosecutors and the Criminalization of Pregnancy

Black people should be treated with dignity and respect when choosing whether or not to have a child. Prosecutors have a responsibility to help make happen. 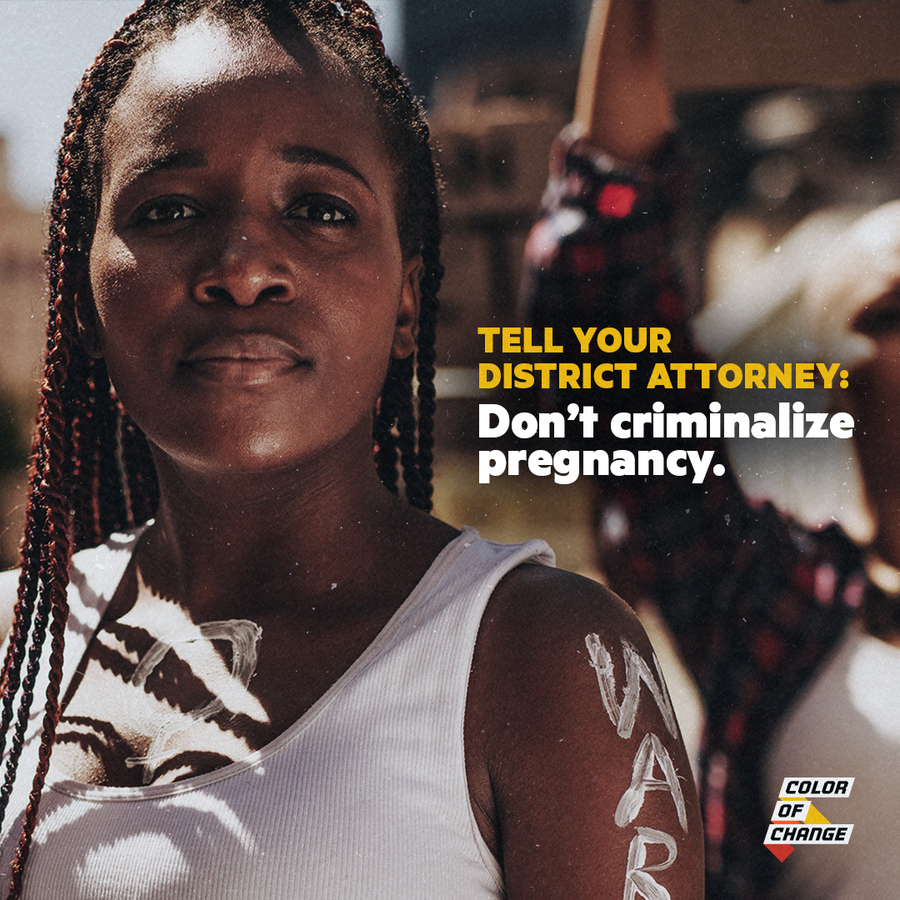 Lawmakers around the nation are campaigning to overturn Roe v. Wade and pass unconstitutional abortion bans and restrictions. Increased restrictions on abortion access have forced pregnant people to live in fear: an abortion, miscarriage, stillbirth, or simply doing or not doing something during pregnancy could lead to consequences like arrest, prosecution, prison sentences, allegations of child abuse, and loss of parental rights.

At least 1,600 people around the United States have been prosecuted and punished for actions that would not be considered crimes if they were not pregnant. This includes taking legal drugs prescribed by their doctor, experiencing a miscarriage, getting into a car accident, and even falling down the stairs.

Prosecutors have the power to enact policies that discourage law enforcement from arresting pregnant people based on pregnancy outcomes. It’s their responsibility to alleviate the fear that an abortion, miscarriage, stillbirth, or any pregnancy outcome could result in a prison sentence.

We demand that prosecutors: